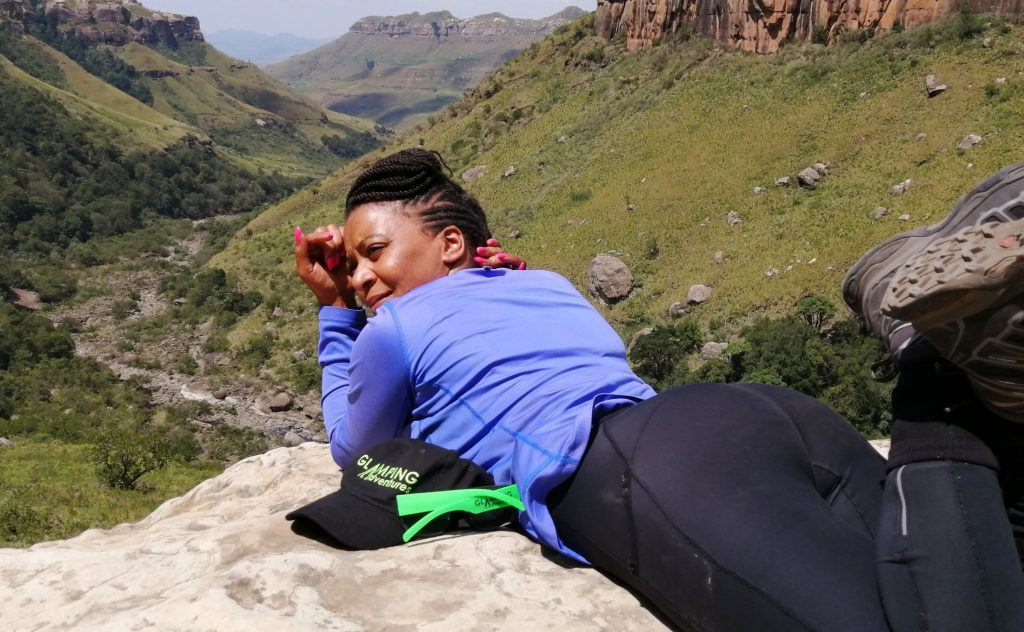 Trekking into the Tugela Gorge is an arduous mission on any day, weather and or mood. Taking this trail in the Northern Drakensberg mountain range of South Africa with a group of varying capabilities requires the balance of a high wire walker. The journey does not start in the Berg – travel parlance for Drakensberg. Just like any journey, to be thoroughly memorable one has to savour it from home all the way to the destination and back. Just a break from the city proclivities is an achievement on its own.

We leave the buzzing city of Johannesburg at a very weird hour of 3am. It’s even stranger on this day. The roads are busy, close to the traffic logjam of midday. It’s a Black Friday; predictably, commerce is not in slumber mood; so as the market. Everyone inclined to these baits would want to be an early bird. I’m not an early bird on any day. In fact, I’m a grumpy clown if duty calls before daybreak. We wade through the city heading to the east; soon we turn to the southeast, ultimately to the south. This is the impressive N3 highway that leads to Durban; the popular warm coastal city. Durban is the commercial capital of Kwazulu Natal province, home to ancient war stories between the Zulu warriors and settlers.

“Do people have time to sleep?” I quipped. “Ah, they don’t sleep, just like you,” retorted my travel mate Eddy, who would help set up camp for our group of glampers that would be arriving later in the day. The destination is the Mahai Campsite. It is perched within the Royal Natal National Park. Surrounded by mountains; it almost feels like a teacup under the grip of a blue saucer.

As wheels turn, leaving the road beneath them, one gets a real taste of a city break just after Heidelberg, some 70km from Johannesburg. The morning twilight paints the hilly landscapes into a smooth, well-groomed topography. The morning mist fused with the deliberate light of the beckoning sunrise is a sight synonymous with magical movie scenes and any cinematographer’s dream.

The emerging sun cuts the dreamy light, mist and hillocks. It pierces out like an offspring coming into the world. Slow, deliberate rise as if teaching us a lifelong lesson of patience. When it finally breaks out as a huge ball of orange fire, it stands over the landscapes with both the arrogance of a benefactor and the humility of an anonymous giver. Birds reciprocate. They fly in flocks, playfully even, with an aerial formation that no trained jet fighter pilot would emulate.

The engine roars into Harrismith. We take a turn to the west. Harrismith, a town founded in 1849 was named after British Governor Harry Smith. This town was a major base during the Anglo-Boer war. A military cemetery and blockhouses are telling remnants of the role this town played during the warring years.

From Gauteng province and now in the Free State province towards Kwazulu Natal province; Free State province is a transit province for this trip. We just marvel at its alluring quite nature as we waltz past. It’s not long before we turn southwards towards the Drakensberg. The real surprise emerges. The Drakesberg mountain range emanates like a shock pop up city in a Sci-Fi film. Winding roads begin. Altitude escalates to over 1700 meters above sea level.

The excitement of the mountains and the urge to arrive are conflicting pleasures I have to deal with. However, the terrain has a calming effect. It slows one down; probably a friendly reminder that the essence of travelling is not about the destination. The road winds through the mountains; the car tilts with the breathtaking but treacherous curves.

The engine roars to an agonizing limit. On the right is the Sterkfontein Dam; an infinity sight that stretches for kilometers beyond the eye. The dam is trapped between mountains, like a huge bowl of warm soup. The red sun and bouncing refraction gave this ‘soup’ a steamy effect.

“Ah, ah, these curves,” said Eddy. “This is the place where Mzilikazi took his first rest on his way up north to Zimbabwe,” chipped another passenger. The talk became more animated. The chatter turned into a History 101 lesson. Quietly, but imposing, the Amphitheatre zoomed in by each meter we moved forward. It’s a majestic cliff that has been subject to folklore. Songs have been composed about the Berg. Watching it stand still, yet speaking loud enough with the mist it churns out is enough to know why it is a revered cliff in the world. It’s a colossal creation that almost stands like a mythical sentinel, watching humans come, pass, return and some fretting in its hiking trails that it connects like a giant server room.

Agonise is what occurred the following day. The Tugela Gorge trail is 14km return trip from the car part near Thendele camp. We led a group of glampers. We left camp way after sunrise and a hearty breakfast. We knew what was coming. Even those in doubt knew. Those confident of their muscle also knew. It was a blazing day; hot enough for comfort even to those under the shade.

Baboon barking and stridulating crickets was a perfect soundtrack of the hike. Unbeknown to us, the cooks left in camp had to do more than cooking. They had a run around with curious baboons keen to find some food from tents or any enclosure available.

Hiking through this scenic wonder tested us to the limit. One returned back, two contemplated returning, some wobbled forward, with only the spirit of achievement driving them. Still the Amphitheatre stood, firm, like a sentinel, watching our approach in varying countenance. We smiled at any breeze. We smiled more at few clouds that gathered over the Amphitheatre, for we knew this was a sign that the heat would be neutralized. That was just but the alluring factor of the Amphitheatre.

The Tugela Gorge stands, almost surprised. It appears almost without warning. It’s ‘mouth’ gasps, wide open as one emerges from the narrow trail. It’s a wonder to the eye. The water levels were low on this day. Pools, puddles still held water as clear as unspoiled glass and icy as a cold one from the deep freezer.

Negotiating through the boulders of Tugela to the ultimate rock pool is a mission on any day especially to tired legs. Only voices of the leading pack enjoying the pool motivate one at this point to soldier on. Voices echo through the gorge. We dig in, some dive in and others sit in awe of this natural architecture.

“It’s addictive,” said one American who was in the pool. It’s not unusual to find foreigners frequently visiting the Drakensberg. It calls, travelers respond. As we leave the gorge with our rejuvenated bodies, revived spirits and hypnotized minds, still, the Amphitheatre stands watching and Tugela still wide open as if spewing us out like its offsprings; a gift to the world. 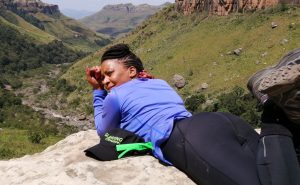 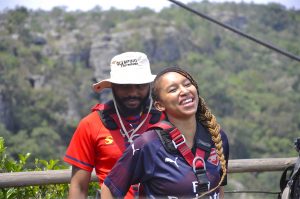 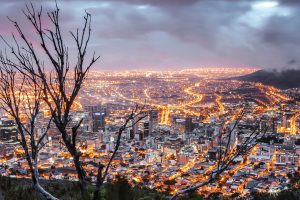 After A Period Of Uncertainty, South Africa Tourism Is Shaping Up For Growth